‘Woke Racism’: John McWhorter argues against what he calls a religion of anti-racism 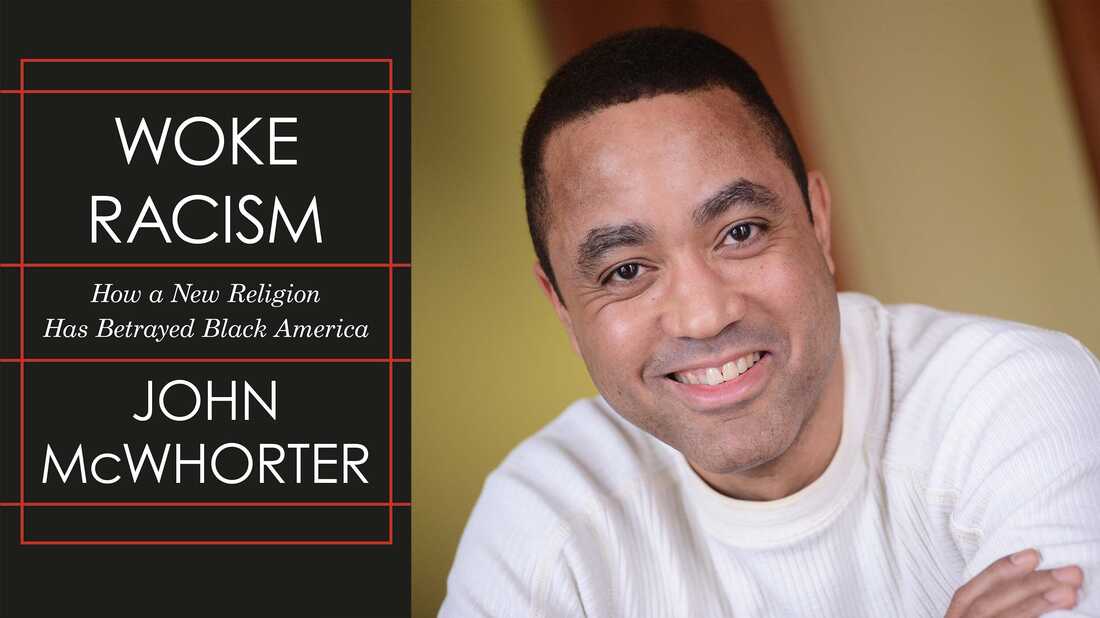 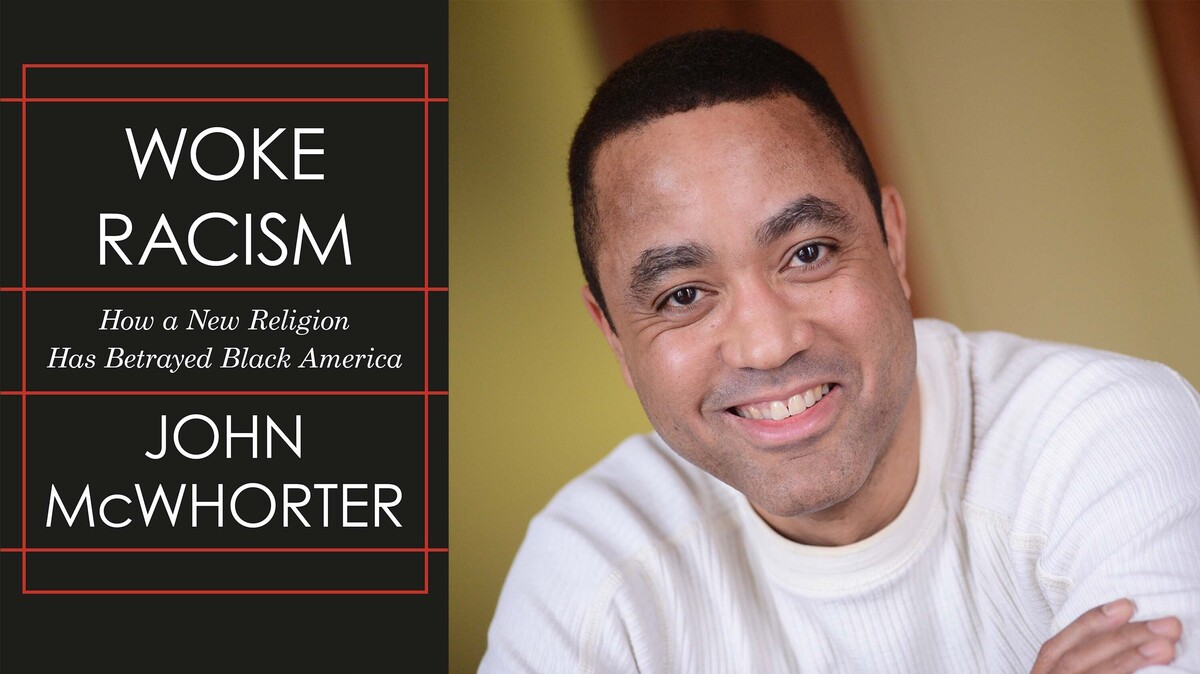 The professor John McWhorter has problems with the way Americans are talking about race and racism.

McWhorter is a Black liberal. But he argues that the cultural left, along with major institutions and companies, have gone too far in embracing “anti-racist” ideas.

Much of it relates to the way two prominent writers about race have influenced public opinion about racism. Ibram X. Kendi’s How to Be an Antiracist and Robin DiAngelo’s White Fragility have both landed on bestseller lists since last summer, after widespread protests erupted over George Floyd’s killing.

Both Kendi and DiAngelo have appeared on NPR and NPR has published articles that promote anti-racism.

McWhorter argues that certain strains of anti-racism and its adherents have effectively created a religion, and a zealous one, that stifles nuance and debate. His new book is called Woke Racism: How a New Religion Has Betrayed Black America.

There are people “whose devotion is less to changing lives for people who need help than showing that they understand that racism and especially systemic racism exists,” McWhorter tells Morning Edition.

“The idea is that you are to be fired” if you disagree or violate anti-racism’s norms, in McWhorter’s telling. “You are to be dismissed from polite society. You are to be sanctioned. You can’t be among us. You’re dirty.”

McWhorter points to the San Francisco Museum of Modern Art’s chief curator, who resigned under pressure after an uproar involving his use of the words “reverse discrimination.” In another case, he points to white food writer Alison Roman, who was suspended from her New York Times column after criticizing celebrities Chrissy Teigen, who is Asian American, and Marie Kondo, who is Asian.

McWhorter, who is a professor of linguistics at Columbia University and a New York Times opinion writer, talked with NPR about his criticisms of anti-racism and contrasts to the civil rights movement of the 1960s. Interview highlights have been edited for length and clarity and contain extended web-only questions and answers.

Why is it that you assert that people who are pushing a particular kind of anti-racism are practicing something like a religion?

This is a religion where instead of it being about your faith in Jesus, it’s about showing that you know that racism exists above all else, including basic compassion. That’s religious.

And then also, the way we talk about white privilege is eerily consonant with the way one talks about original sin. You have it from the beginning, it’s a stain that you’ll never get rid of. You’re supposed to always think about it. It’s there regardless of the condition of your life, and you’re going to die with it. So white privilege becomes the original sin that you’re supposed to live in a kind of atonement for.

Would you agree with your critics that racism, systemic racism is real and present now?

Yes. It’s funny, I’m grappling with this idea that the response to me is to say “he doesn’t know systemic racism exists.” I think part of it is that that’s a very clumsy term. Yes, I know that those inequities exist. I think that those inequities must be battled. The issue is, what do you do to battle them? And I say, telling people not to be racist or thinking of those inequities as some abstract version of bigotry doesn’t help people who need help.

Would you also argue to lower the penalty for racist speech? That essentially people should be a little more accepting of unacceptable language by other people and just be willing to debate them rather than push them off the stage.

I think that there’s an extent to which any society is going to have taboos, and that taboos can be useful. But I also think that we are tending to take that sort of thing a little too far in the name of the idea that our job is to signal that we know racism exists.

And so, yeah, I kind of like the way it was about 20, maybe 15 years ago. But we’ve gotten to the point that we’re so focused on what people say and how they say it that we’re paying more attention to that than to the perhaps less glamorous work of getting out on the ground and trying to change society.

We have to think about, say, 50 years ago when people who felt very modern were doing civil rights activism in a real way. It would have looked very peculiar to them that we’re so concerned with what things are called. There was a little of it, but not nearly as much as there is now. It’s because, to an extent, policing language is easier. Civil rights activism is not glamorous in terms of what really creates change. … I want to help people, and I’m very interested in policies that change Black lives. And I’m seeing a distraction from that.

I have no doubt that Martin Luther King would have understood what I’m saying in terms of helping people who actually need help. It’s not an accident that at the end of his life, he was beginning to focus more on poverty in general than on the race question.

The idea is to help people who need help. The modern idea that microaggressions and how white people feel in their heart of hearts is what we should be thinking about to me is a detour. Frankly, the left has to get more honest about this sort of thing. If you want to say that Youngkin has exploited a certain kind of sentiment and maybe sometimes even racist sentiment, there’s an argument there.

But for the left to say that there’s nothing going on in schools that we need to talk about, that critical race theory isn’t in the schools because nobody’s teaching the papers of Richard Delgado and Kimberlé Crenshaw — that’s a debate team feint. There is something going on in terms of how children are being taught in a lot of schools, and to pretend that it’s not true, or to quietly think that that’s the way it should be and so therefore we shouldn’t talk about it as a new development: that doesn’t work. There’s a certain kind of maybe, regrettably, imperfect voter who is not fooled by that. And it’s time for a more honest conversation.

‘Woke Racism’: John McWhorter argues against what he calls a religion of anti-racism

Read more about "Pardon Our Interruption"