Racism is still an everyday experience for non-white Australians. Where is the plan to stop this?

According to Prime Minister Scott Morrison, Australia is the “most successful” multicultural country in the world.

This self-congratulatory speech, however, masks the reality that we are a country with a deep racism problem that is not getting better.

My recent co-authored book Racism in Australia Today with Amanuel Elias and Yin Paradies looks at various manifestations of racism in our history and across key institutions.

Australia’s history since 1788 began with brutal acts of racism. Its colonisation was yet another example of white Christians going into other societies thinking they were ethnically and culturally superior. And could therefore take over peoples, resources and cultures.

These attitudes of cultural superiority have not gone away. Indeed,national survey results have seen almost 11% of respondents self-identified as “prejudiced” against other cultures. A further 26% neither agreed or disagreed.

We do have a problem

It is perhaps easy for white people to assume racism is no longer a big issue. There is legislation like the Race Discrimination Act and we have formally abandoned the White Australia Policy. It is illegal to segregate people based on their skin colour and overt racism is thought to be socially unacceptable.

Yet racism remains an everyday experience for non-white Australians. 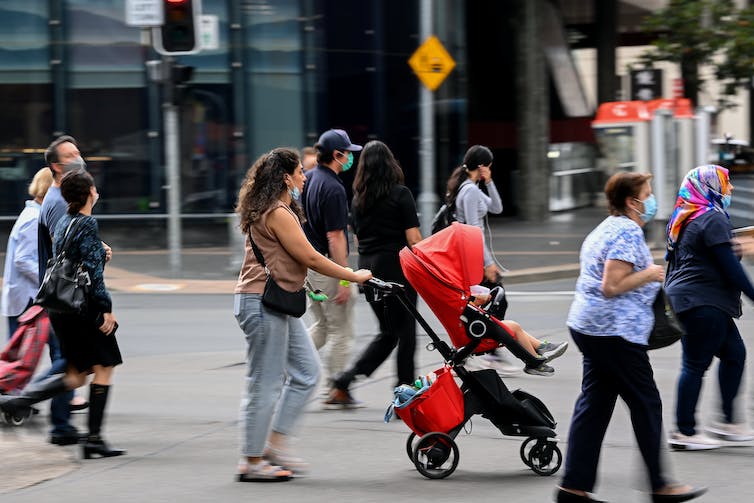 Based on the 2016 Census, 21% of Australians have a non-European background, and 3% have an Indigenous background. Bianca De Marchi/AAP

In 2021, the Scanlon report found an unprecedented rise in respondents’ answers to the question “how big a problem is racism in Australia?”. Some 60% of survey respondents indicated it was a “very big” or “fairly big problem” as opposed to 40% in 2020.

Meanwhile in March 2022, a Diversity Council report found 43% of non-white Australian employees commonly experience racism at work, while only 18% of “racially priviliged” workers reported racism as a problem. This not only highlights how widespread racism remains but how often often dismissed by those benefiting from white privilege.

Racism is not a steady phenomenon. We have seen peaks of racism towards particular groups in Australia, coinciding with major crises.

COVID-19 has led to a sharp spike in reported incidents of racism around the world. Many Asian Australians, and particularly Chinese Australians, reported increasing hostility towards them, including vandalism and racist slurs.

These experiences, in many ways, mirror the significant increase in Islamophobia since the September 11 attacks and the “war on terror”.

In the wake of the 2019 Christchurch massacre, the Human Rights Commission found

80% of Muslim Australians had faced unfavourable treatment based on their ethnicity, race or religion. This racism takes the form of hate, violence or negative comments in public.

But as shocking as these upswings in racism are, even more shocking is our collective failure to develop a credible strategy to address the root causes of racism – be it against Indigenous peoples, refugees, temporary migrant workers or other minority groups.

We remain incapable of even talking about the racism in our midst, let alone what should be done to stop it.

The cost of racism to individuals, families and society is immeasurable in many ways.

But we do know racism has an impact on people’s mental health. 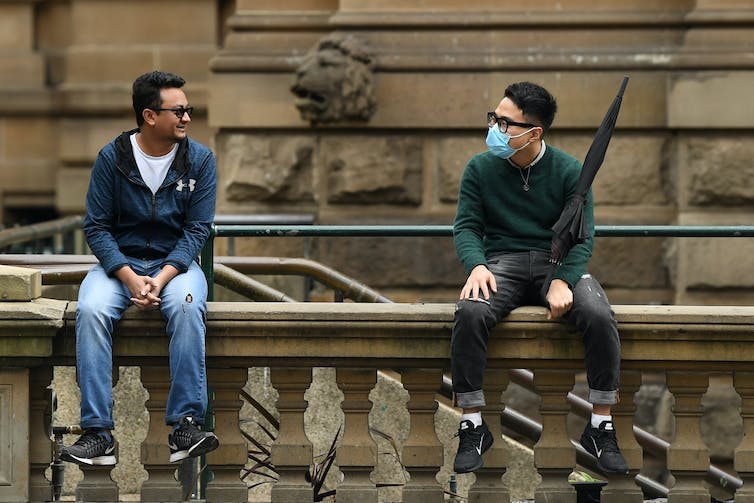 Crises like the coronavirus pandemic have seen an increase in racist incidents. Joel Carrett/AAP

When young people are suffering from racism, even if they can turn up to school, they are not likely to feel happy or safe. This has an impact on their academic progress and therefore their further training and career trajectories.

At a macro level, we also know racism costs the national economy billions of dollars. Research shows the economic cost of experiences of racial discrimination was between A$21.1 and A$54.7 billion dollars from 2001 to 2011.

While many would argue Australia is not a racist country, racism remains a serious problem. So, where is the national vision to fix this?

The first thing we need to do is acknowledge racism does exist across many sectors and we should be able to talk about it in a mature way.

This is, at times, a sensitive and difficult task because some of our political leaders cannot even accept the basic fact that we even have a serious problem.

Racism is not simply an inappropriate behaviour by individuals. It reflects a history of white privilege that has sustained colonial practices and political and cultural oppression of non-white nations.

Therefore, it is absolutely essential we call racism out in the short-term. But more importantly we need a longer-term strategy. One that comes to grips with justice for Indigenous peoples as well as the meaningful social and political incorporation of all groups in Australia, especially those from non-European backgrounds.

As we approach another federal election, it remains to be seen if our political leaders will offer a national strategy that treats racism as a serious threat to social cohesion, human rights and democracy itself.

Fethi Mansouri also talks about racism on the latest episode of Seriously Social podcast by the Academy of the Social Sciences in Australia.

Racism is still an everyday experience for non-white Australians. Where is the plan to stop this?

America is Failing its Black Mothers

Read more about "America is Failing its Black Mothers"

PODCAST: What will stop racism in CT schools?

Read more about "PODCAST: What will stop racism in CT schools?"