7 Phrases Everyone Needs to Stop Using to Describe Black People

Any person with a shred of common sense knows that using the n-word is not socially acceptable. But where there’s a will, there’s a way.

Now, many words act as substitutes for the slur that, more than any other, has come to define race relations in America. These words are united by a hurtful message: Black people don’t deserve to be treated with respect or regarded as fully human.

Whether it’s commentators implying that Michael Brown deserved to die because he was a “thug,” or civic leaders peddling racial welfare stereotypes, coded racial language seeps into mainstream conversations far more than most people assume. It’s an easy, yet insidious way for the speakers to prompt or stir up an audience’s negative biases against black people.

Individually, these instances might seem insignificant. But taken collectively, the common use of these coded words — words otherwise assumed to be free of any political or historical context — serve to reinforce stereotypes that stem from a sordid history of slavery, segregation and unequal treatment under the law. 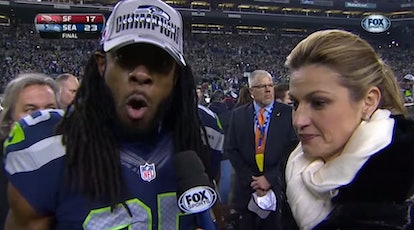 Many decades ago, the word “thug” referenced people who engaged in organized crime. But in more recent years, especially in the wake of the murders of Trayvon Martin and even Brown, many whites and others dismissively use the word to describe young, black people — especially black men — implying that they’re violent, irrational and shouldn’t be taken seriously.

Going even further, there’s even  a clear implication that young black murder victims somehow deserved to die because they’re so-called thugs. It’s the logic that belies the online fundraisers for Officer Darren Wilson, with some supportive whites praising him for killing a kid that would’ve “eventually become a problem anyway.”

And it was all because of they way they looked, spoke or dressed — in other words, the color of their skin combined with the clothes they wore. The label even extends to Latino males, many of whom end up enduring similar public scrutiny, should they end up being crime victims or identified as alleged perpetrators, regardless of whether they actually participate in gangs. 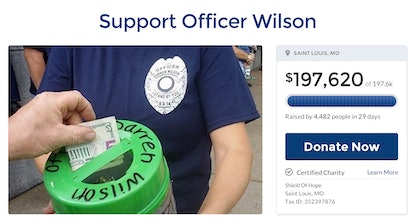 It’s important to note that although the word stemmed from organized crime, it is almost never used in reference to the Ku Klux Klan or the bankers on Wall Street, individuals who effectively brought the economy to a grinding halt while pilfering money from poor and working-class taxpayers. 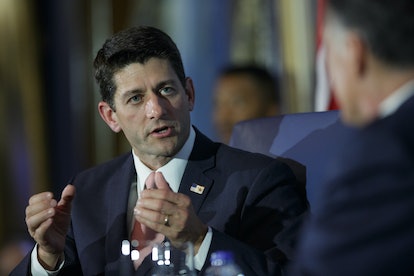 On the surface, this phrase seems like a casual reference to one type of community, similar to urban, suburban or rural. But beneath the niceties, a typical discussion about people from the “inner city” is actually coded language for African-Americans.

The term reinforces the concept of “white flight,” wherein moving to the suburbs functions as an escape mechanism to avoid living among black people, leaving said minorities behind in city neighborhoods that inevitably become neglected by government and businesses. But there’s more: Both “urban” and “inner city” have been used to describe blacks and their communities as people who are lazy, wasteful and slovenly. In recent years, former Congressman Newt Gingrich and even Rep. Paul Ryan (R-Wis.) in a speech in March blamed poverty on “inner city” men, directly implying that black men are shiftless, violent and unintelligent people who only want to live on welfare.

That’s despite the unfortunate reality that unemployment disproportionately affects black people, and that minorities may become trapped in an endless cycle of underemployment, necessitating two or even three jobs to support themselves or their families. 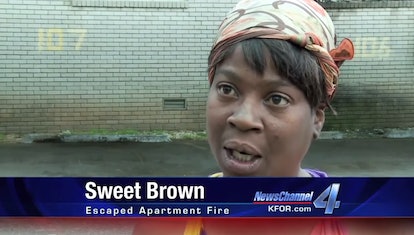 Originally used as a reference to neighborhoods where members of a minority group reside — mostly due to social, political or economic pressure — the term “ghetto” has since become a racist and classist pejorative.

In reality, only people who have lived in these areas can really say what’s “ghetto” and what’s not. But that’s not what usually happens. Instead, “ghetto” has become an adjective used to negatively judge any number of things, from outfits to run-down facilities. In common media tropes, “ghetto” is also associated with black people and their cultural expressions, including braids, gold hoop earrings and rap music. The term has largely become synonymous with being cheap, substandard, undesirable and, yes, black.

However, that doesn’t stop many black people, even other minorities, from celebrating a shared experience of living in the ghetto. Songs from artists like James Brown, Stevie Wonder, Janelle Monáe, Common and others are but a few examples of how “ghetto” can be a source of pride for black people, rather than something to be feared or stereotyped. 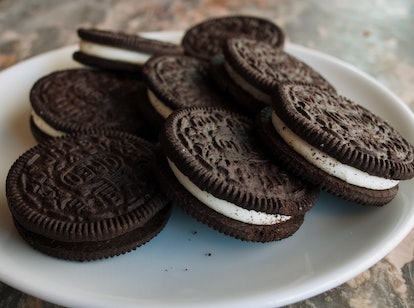 It may seem like a harmless joke, but there’s nothing sweet about “Oreo” in this context, which is used by some to describe someone who is “black on the outside but white on the inside.”

Other than an unfortunate food comparison, “Oreo” reinforces the assumption that there’s absolute qualities to being black or being white, regardless of a black person’s lived experiences. Even further, it implies that certain supposedly desirable traits — such as using proper grammar, liking mainstream pop music and wearing “preppy” clothes — are inherently white things.

The flipside of this is another equally upsetting notion: That an individual can somehow be “too black,” and therefore be perceived as a threat within more mainstream settings. It’s the same, essentialist assumption that befell disgraced NBA team owners Donald Sterling and Bruce Levenson, who did not want to associate with black people, or expressed problems and discomfort with the number of black people present at basketball games. 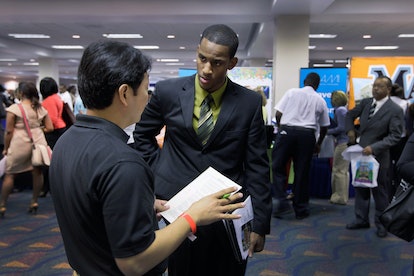 It’s not very often that blacks are in relative positions of power and prestige when compared to their white peers. Some others may not have enough income to afford a suit for a job interview or dine out with their family. Racial disparities limit equal access to opportunity across America. Yet when blacks do present themselves as poised, composed individuals who speak with confidence and look the part — especially during moments of disagreement — they run the risk of being labeled “uppity.”

As political commentator Goldie Taylor noted in a 2011 op-ed for the Root, the word historically functioned as a death sentence for blacks who “assumed liberties beyond one’s social situation.”

“Having the audacity to look a white person in the eye, were all signs that you were getting too big for your britches,” Taylor wrote. “Attempting to get an education or enunciating your words were also frowned upon. Blacks needed to step off the sidewalk, if need be, to let whites pass freely. Jim Crow is dead, but unfortunately some of those social constructs live on.” 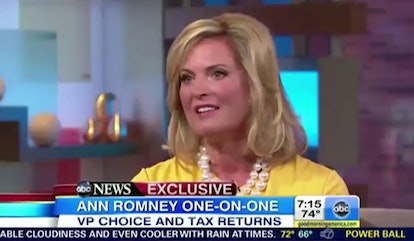 As if blacks needed any more reminders that white privilege rules American society, the phrase “you people” makes the balance of power abundantly clear, in any given interaction.

Take, for instance, a 2012 interview where Good Morning America‘s Robin Roberts asked Ann Romney about her husband’s apparent reluctance to publicly disclose his tax returns. What started out as an impassioned defense against her husband’s alleged lack of transparency became yet another moment when Republican leaders stepped into racialized territory.

“We’ve given all you people need to know and understand about our financial situation and how we live our life,” she told Roberts, drawing widespread ire on social media, as reported by Mashable. Rarely, if ever, do whites address their peers using the same phrasing, even during moments of frustration or confusion. 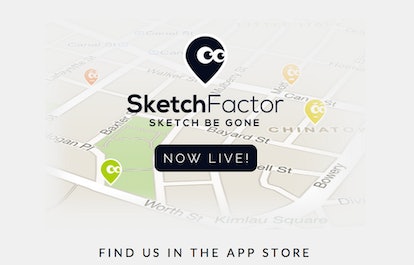 Both terms have long referred to neighborhoods with heavily black or brown populations, promoting the stereotype that these communities are inherently unsafe and unwelcoming because of high crime and because of the area’s racial makeup. The recently launched SketchFactor app was created by an all-white team of entrepreneurs to help users avoid “sketchy” or “bad” neighborhoods. But in reality, it’s a tool to enable racial profiling.

The terms also refer to black individuals who, judging solely by their appearance, may be untrustworthy or violent, perpetuating nasty racial stereotypes that blacks and minorities only want to steal from or attack white people. In the case of “shady,” there’s a direct tie to darker skin color as an inherent characteristic that merits skepticism.

That very logic is a large part of what makes racially coded language so problematic, especially as it’s framed against black people. Before anyone ever really knows the full story, all it takes is a nudge, an image or a sound of blackness for most people to make negative snap judgments.

7 Phrases Everyone Needs to Stop Using to Describe Black People

America is Failing its Black Mothers

Read more about "America is Failing its Black Mothers"

PODCAST: What will stop racism in CT schools?

Read more about "PODCAST: What will stop racism in CT schools?"