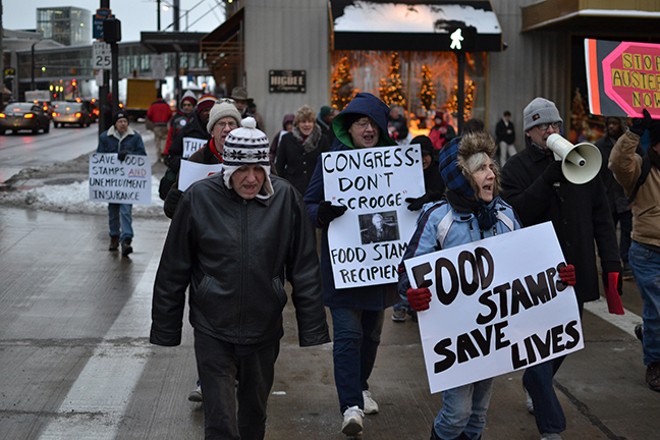 They’re at it again.

Having failed to reinvent Cleveland as the “epicenter for all things blockchain,” (Blockland), and having failed to manufacture the momentum required to redefine the region as a “vast proving ground for innovation,” (Betaland), local leaders are now attempting to remake Northeast Ohio as the “kindest place in the nation.” The initiative is known as Kindland.

Whether Kindland is a grift or merely a stupid idea hatched by wealthy superlative-imperative-afflicted people in the suburbs remains to be seen. It was launched last year by the Mayfield-based nonprofit Values in Action Foundation in partnership with a number of local organizations for whom kindness is strictly an extracurricular activity.

During the pandemic’s early months, it attempted to capitalize on the inspiring stories of “local heroes” and “courage, caring and compassion” that flooded social media: corporations donating personal protective equipment to frontline workers and so forth.

But due to lack of imagination and/or the strictures of its progenitors’ worldviews, Kindland quickly came to resemble other civic projects conceptualized by Cleveland elites. That is to say, it disclosed its neoliberal bent.

“What company doesn’t want kind workers?” The introductory Kindland guest column inquired last year. “If Cleveland became Kindland and developed a reputation as a kind, respectful and responsible community, would this become an economic development draw? Would companies relocating gravitate to our region? Would kindness increase productivity and happiness among workers? Employee engagement studies conducted by the University of California indicate that it would.”

Kindness at these bozos’ hands is not, in other words, the basic moral value one teaches young children with an assist from Jesus Christ: treat others as you’d want to be treated, etc. It is actually a corporate efficiency tool, an economic development strategy, with a gravy-splashed side of paternalism. (If you pummel your employees with nonstop messaging about being “kind, respectful and responsible,” maybe they’ll think twice about agitating for a union or demanding a living wage.)

The answer to the questions posed in the column above is, for the record, no. Employee engagement studies aside, employers now have mountains of evidence at their disposal showing that increased pay, paid time off, healthcare and other benefits are the surest ways to increase worker productivity and happiness, or even to hire workers at all. And — with all due respect — the purported kindness of a city’s workforce wouldn’t even crack the top 20 reasons why a relocating company chooses a new city.

For these reasons and others, the Kindland script has undergone some edits. And lest you thought that a kindness initiative was a bit more subdued than the tech-infused moonshots of recent years, the sparkly new pitch glitters with a familiar, wild-eyed ambition. Kindness will not just be an economic development draw for Cleveland. No no. Now it will be the elusive silver bullet that has the potential to remediate all of the city’s social ills.

What would a community called “Kindland” look like? Infant mortality would decrease; mentorship would increase; assistance and funding to young people who have business ideas would go up; jobs and life-skills training would be available and funded; cooperation and collaboration would be the norm; numbers of children living in poverty would plummet; learning, optimism and hope would increase; violence would decrease; Cleveland would have a happy and engaged workforce; kindness would enhance diversity, equity and inclusion; and, Cleveland would no longer be America’s poorest big city.

Setting aside the perverse obsession with branding that makes these lunatics actually want to refer to Cleveland as Kindland — stop it —the most embarrassing element in the above is that its authors might actually believe what they say.

This is the naivety of a kindergartner. And it sounds absolutely deranged emanating from the region’s C-suites, with corporate and community sponsors like FirstEnergy, whose unprecedented kindness to Larry Householder led to the biggest corruption scandal in Ohio’s history.

Never mind that particular inconvenience, or for that matter the Irishtown Bend extortion scheme of the George Group, a “Friend of Kindland.” (It occurs to ask: Would the kindness of Tony George, who threatened to remove his 37 restaurants from Cuyahoga County if it passed an LGBTQ+ charter amendment, “enhance diversity, equity and inclusion” in the region?)

Do the Kindland promoters think that a few more dollars to the United Way workplace giving campaign each year will make child poverty plummet? Do they think that a Saturday morning corporate outing with Habitat for Humanity will end the housing crisis? Do they think that one evening per month with a troubled youth will put a dent in gun violence?

They might. And for the record, all those things are great. Individual acts of kindness ought to be promoted among young people and adults. The golden rule really is one to live by. And as the first Kindland post suggested, kindness may indeed have a viral effect that could “infect” others and lead to more dignity and compassion for all.

But individual acts of kindness do not constitute systemic solutions to poverty, violence or racism. That requires policy interventions. And it often means legislation or allocation of public dollars in conflict with the preferences of corporate interests and wealthy individuals, who for obvious reasons love elevating politically neutral priorities like “kindness.”

One of the goals of the Kindland initiative was to document 1 million acts of Kindness in 2021. The column Tuesday, however, reported that more than 11 million such acts had already been tallied, including every shot administered at the Wolstein Center and every meal distributed by the Greater Cleveland Food Bank during the pandemic, (acts which call into question the record keeping of the initiative.)

This is a clear sign of the insufficiency of kindness as a solution. If Cleveland’s problems persist in the wake of this overwhelming outpouring of kindness — 10 million more acts than the year-end goal! — then kindness on its own isn’t up to the task. And if the initiative’s backers recognize this, and truly care about improving the quality of life metrics they’ve cited, the solutions aren’t a mystery.

***
Sign up for Scene’s weekly newsletters to get the latest on Cleveland news, things to do and places to eat delivered right to your inbox.