Michelle Bachelet, in a global report sparked by the murder of African American George Floyd by a police officer in Minneapolis in May 2020, said police use of racial profiling and excessive force is entrenched in much of North America, Europe and Latin America.

“I am calling on all states to stop denying, and start dismantling, racism; to end impunity and build trust; to listen to the voices of people of African descent; and to confront past legacies and deliver redress,” Bachelet said.

The report called for creating victim compensation programmes and national reparations programmes, including payments, with input from affected communities.

Jamil Dakwar of the American Civil Liberties Union (ACLU) welcomed the recommendations. “This historic report provides a blueprint for the United States and other countries to begin reckoning with the long history of systemic racism that permeates through policing and other state violence and structural discrimination against Black people,” he said. 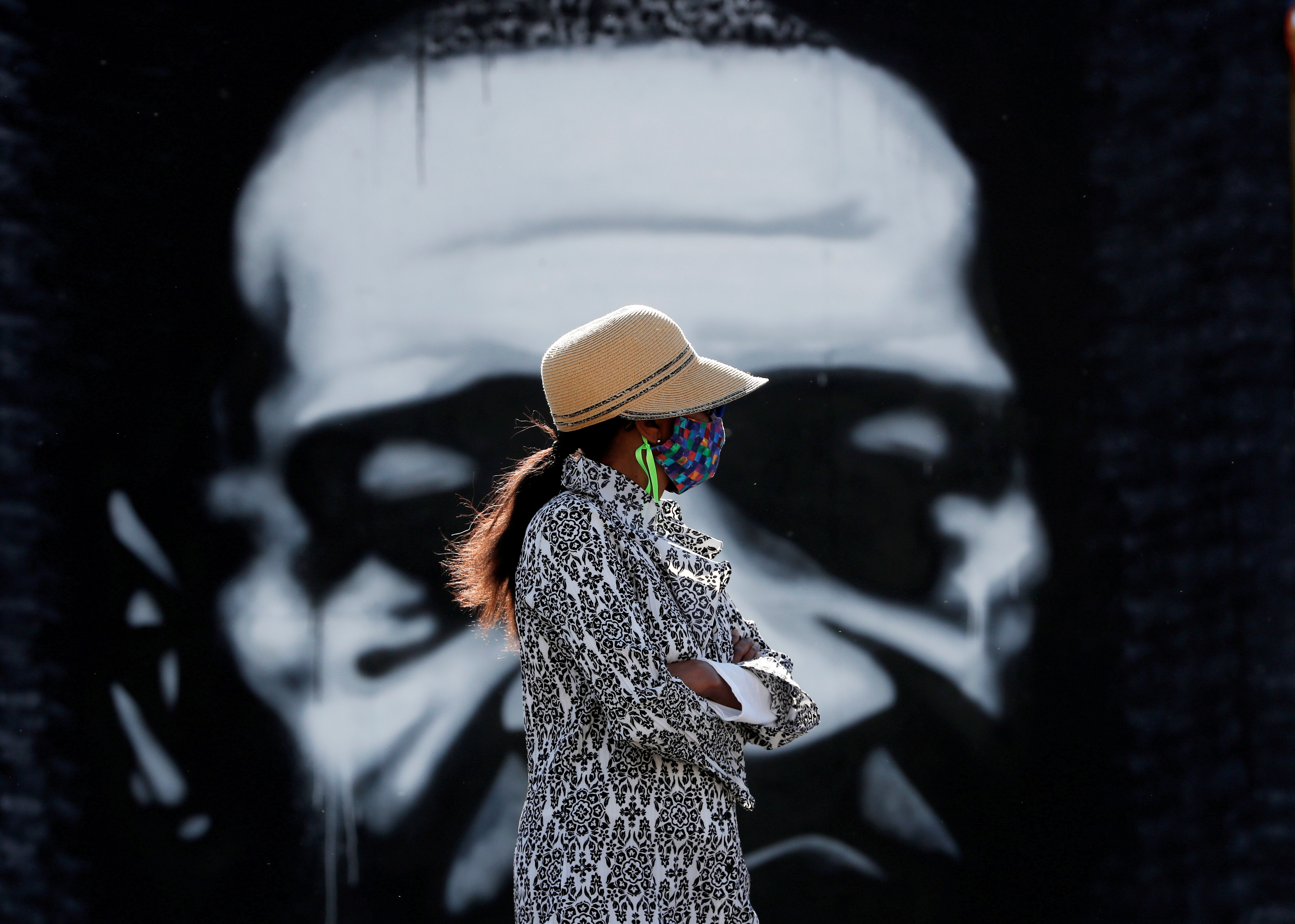 A visitor looks at a memorial at the site of the arrest of George Floyd, who died while in police custody, in Minneapolis, Minnesota, U.S. June 14, 2020. REUTERS/Eric Miller/File Photo

At least 190 people of African descent have died worldwide at the hands of law enforcement officials in the past decade – most of them in the United States, the report said.

“With the exception of the case of George Floyd, no one was held accountable,” Mona Rishmawi, who supervised the report, told a news conference.

It selected seven “emblematic cases”, including that of Floyd. A judge sentenced former police officer Derek Chauvin on Friday to 22-1/2 years for his murder, video of which galvanised the international Black Lives Matter protest movement.

Other victims include an Afro-Brazilian boy, 14, shot dead in an anti-drug police operation in Sao Paulo in May 2020 and a Frenchman of Malian origin, 24, who died in police custody in July 2016.

“One (Brazilian) mother in particular said to us ‘you always talk about George Floyd. Every day we have a George Floyd here and nobody talks about it’,” Rishmawi said. “We realised that we were only touching the tip of the iceberg.”

Racism is most prevalent in countries linked to the former trade of an estimated 25-30 million Africans for enslavement or colonialism, resulting in large communities of people of African descent in countries such as Belgium, Brazil, Britain, Canada, Colombia, France and the United States, the report said.

“There is today a momentous opportunity to achieve a turning point for racial equality and justice,” Bachelet said.