We’re Jewish, and we want the occupation of Palestine to end

Last night a group of Jewish activists projected images onto the Foreign and Commonwealth Office, calling for action on Israel’s occupation of Palestine. Here, they explain why they did it.

Israel’s occupation and proposed annexation of the West Bank is a moral crisis that cannot go unchallenged. Na’amod are a movement of British Jews who are determined to stand against these injustices and join a wave of global activism calling for freedom and equality for all in Israel-Palestine. That’s why last night we projected images onto the Foreign and Commonwealth Office, along with two Jewish communal buildings, to demand that our communities combat the actions of the Israeli government with #ActionsNotWords.

Na’amod means ‘We Will Stand’ in Hebrew. Founded in 2018, we are a growing movement of British Jews who take a stand against the occupation of the West Bank, East Jerusalem and Gaza by Israel. We are a pluralistic movement, both politically and religiously. But we are united in our belief that the occupation is a moral crisis.

For whole generations of Palestinians, occupation has meant a life of petty humiliations, gross injustices and all-pervading fear. For Israelis, it has meant enforcing oppression which requires brutality, dehumanisation and a disregard for democratic ideals. This goes against our Jewish values of social justice, equality and human dignity – we will stand and say: not in our name.

We believe that support from the Jewish diaspora is one of the key pillars enabling the occupation. Our movement therefore works to end our community’s support for the occupation, and to mobilise the community in the struggle for freedom, equality and justice for all Palestinians and Israelis.

This summer, Israeli Prime Minister Benjamin Netanyahu threatened to formally annex the West Bank. Though this hasn’t yet materialised, it awakened a resistance that isn’t going away. Any meaningful opposition to annexation must understand that annexation is enabled by over half a century of occupation. Annexation would merely inscribe the dehumanising reality of occupation – including home demolitions, seizure of natural resources and dual legal systems – into Israeli law. So, to pressure our community to oppose annexation with concrete actions, our ongoing #ActionsNotWords campaign sets out four demands.

The first of these demands is that Jewish communal institutions suspend their membership of the Zionist Federation – a right-wing, pro-occupation body to which most Jewish communal organisations are affiliated – until it speaks out against annexation. Secondly, we ask that education about Israel within the Jewish community confronts the reality of occupation and humanises the Palestinian struggle. Thirdly, we want the philanthropy British Jews send to Israel every year to go to charities opposing occupation. And finally, we’re calling on our communal institutions to end their uncritical relationship with Israeli officials and to cease inviting them to communal events. 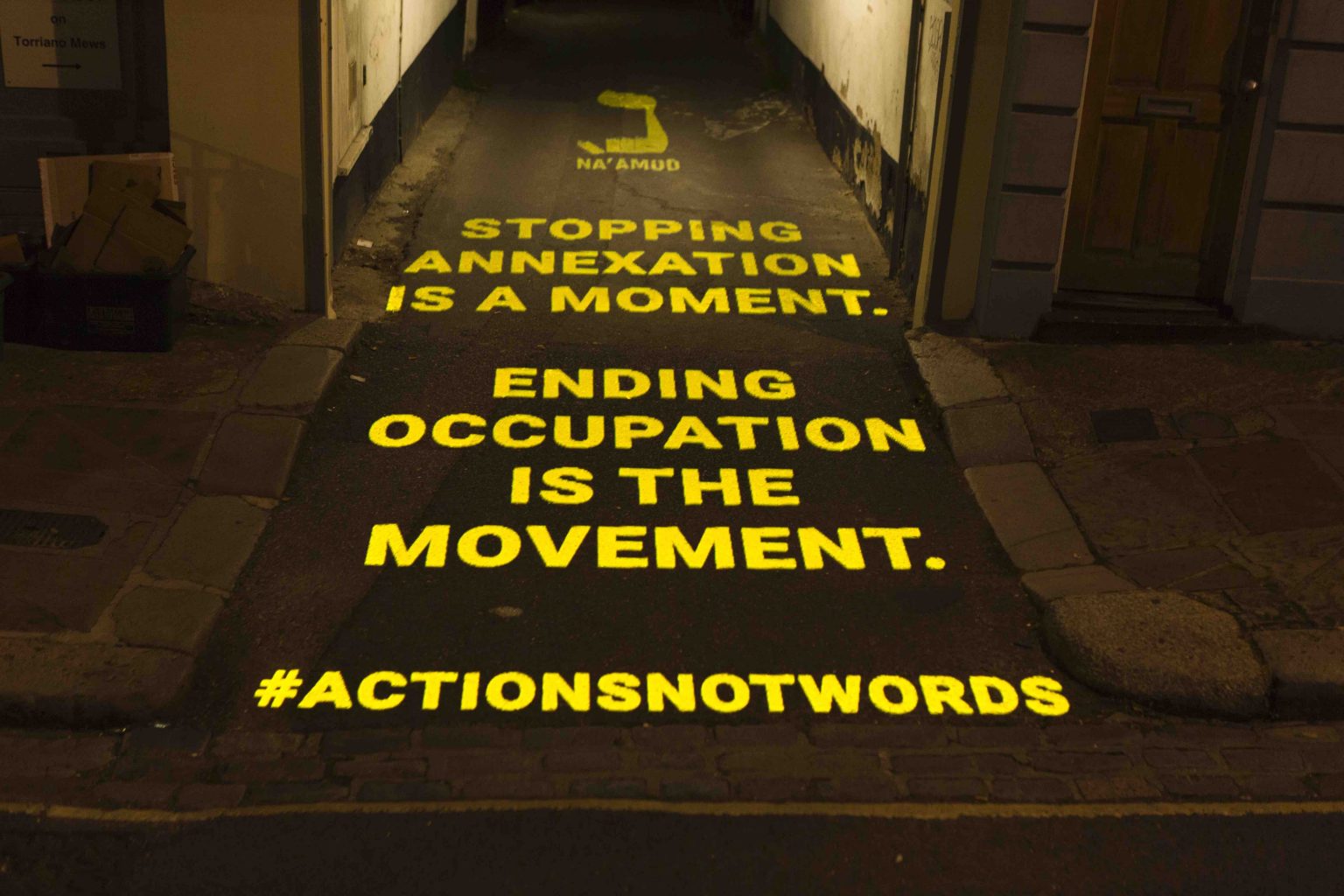 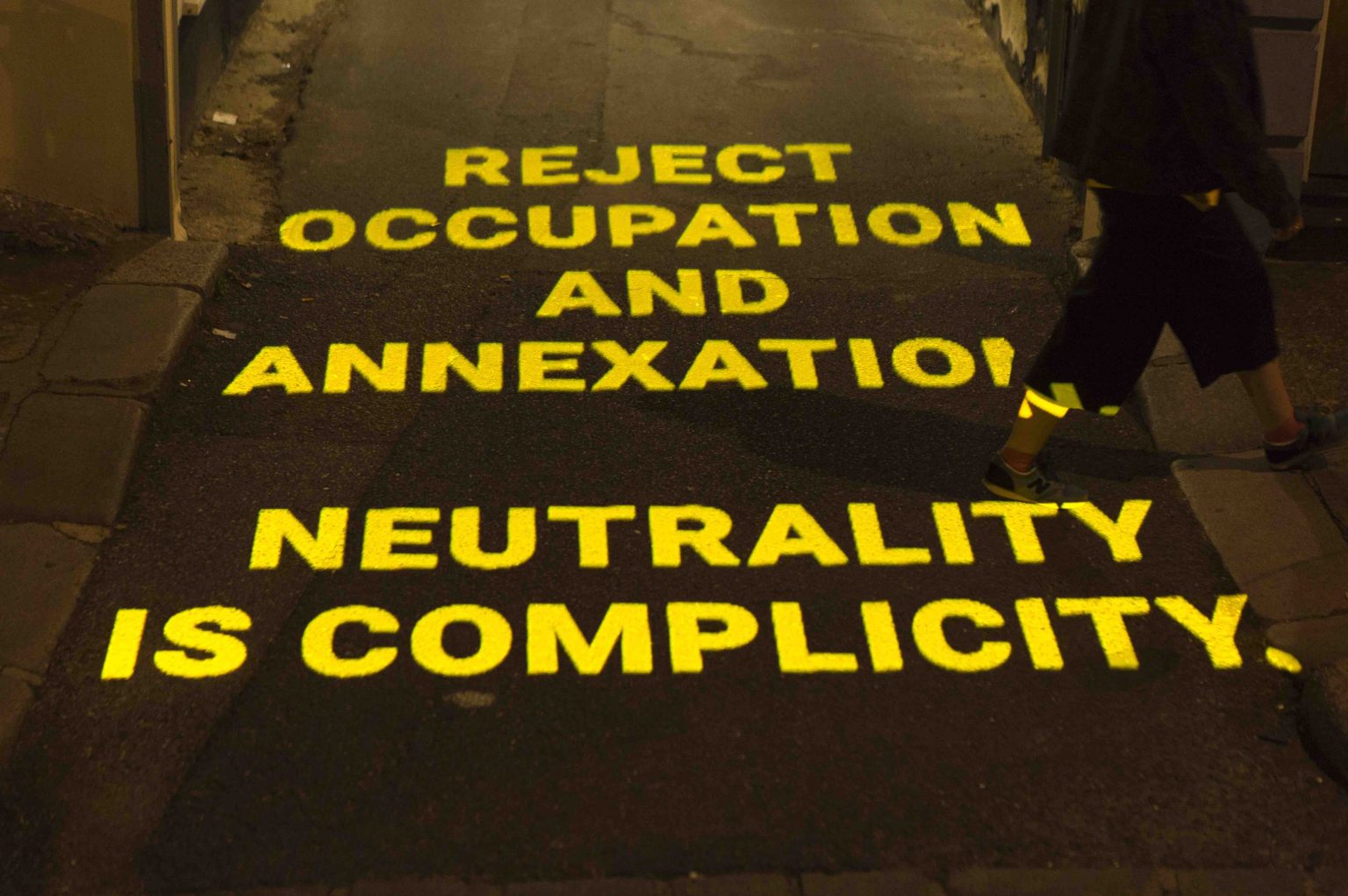 On Wednesday July 15, we projected these demands onto three buildings – the Board of Deputies, the Jewish National Fund, and the Foreign and Commonwealth Office. The Board of Deputies describes itself as the ‘voice of the Jewish community’, yet it has refused to speak out against annexation despite a groundswell of opposition to the move within British Jewry.

The Jewish National Fund bills itself as “Britain’s oldest Israel charity”  but it vocally supports annexation, and is working to promote the eviction of the Sumarin family from their home in East Jerusalem. It must not receive our philanthropy until it stops working with the Israeli state to perpetuate the occupation.

The Foreign and Commonwealth Office has so far responded to Israeli aggression with ‘lacklustre’ condemnation, refusing to commit to concrete measures if annexation goes ahead. Decades of toothless condemnation from successive British governments has failed to hold Israel to account for its actions, or to propel the cause of Palestinian equality. As British Jews, we want to let our government know that annexation and occupation must be met with material consequences.

This campaign is the latest in a set of actions by Na’amod to grow our movement and help shift the norms within the Jewish community, forcing our leaders to follow suit. In September, we delivered a statement to the Board of Deputies in which we delivered a symbolic inflatable elephant pressuring them to confront the occupation – the elephant in the room – in the context of the Israeli election. In December, we blockaded a London lecture by the pro-settlement organisation Regavim. In June, we initiated a petition urging the government to reject the appointment of Hotovely as Israeli ambassador given her record of inflammatory behaviour.

We are proud to exist in the context of growing demands by our generation for freedom and equality in all areas of society. Our position is clear. We will win, and the occupation will end. 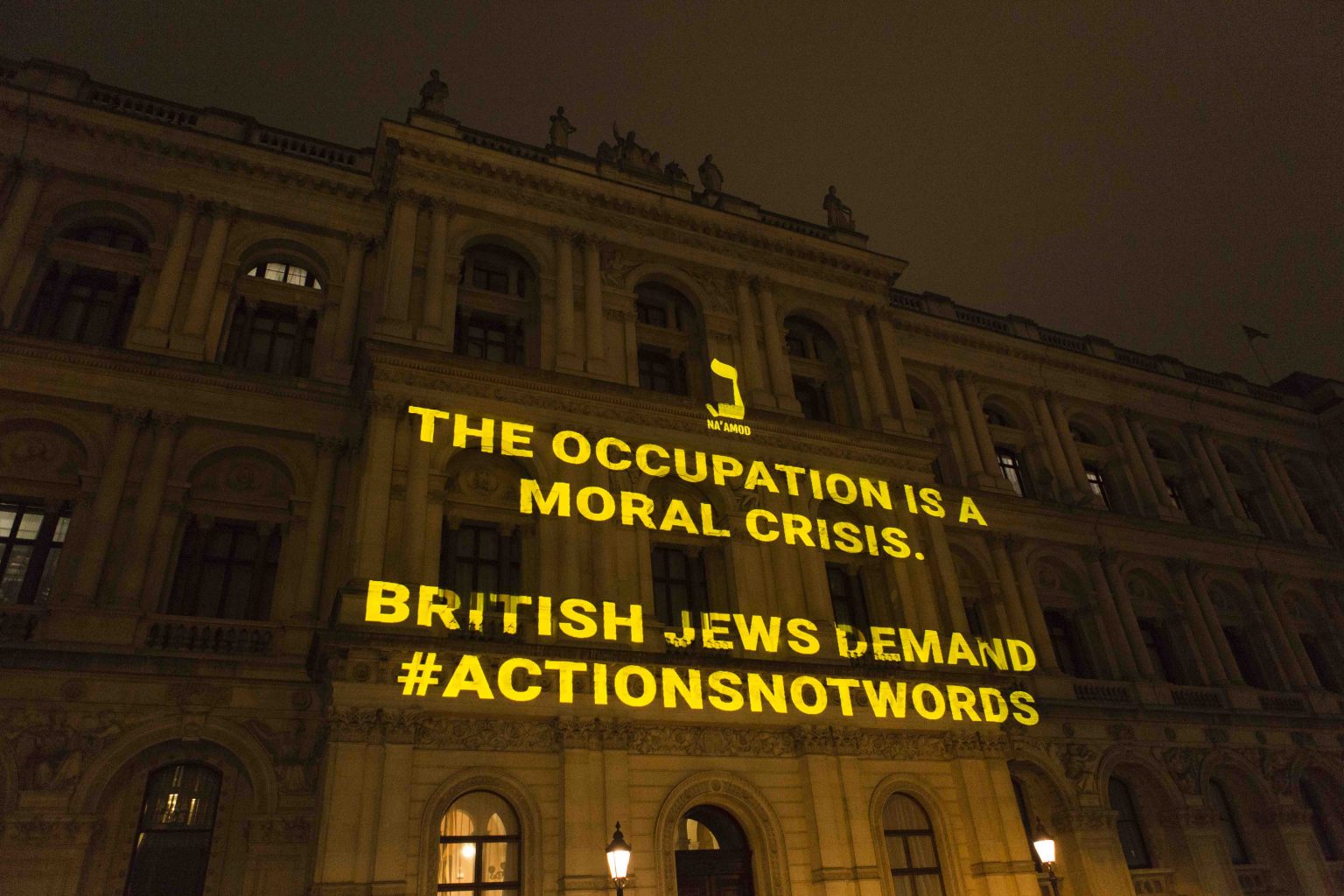 UAE and BANGLADESH – this two Culprit Country were uncovered during that crucial Israeli Bombarding over Palestine’s Buildings !

Read more about "UAE and BANGLADESH – this two Culprit Country were uncovered during that crucial Israeli Bombarding over Palestine’s Buildings !"

China must be punished by the world for spreading corona !

Read more about "China must be punished by the world for spreading corona !"

Waterona ! Waterona or Weatherona is going to be another new normal like Corona ! China must be punished by the World for both – Corona & Waterona/Weatherona !

Read more about "Waterona ! Waterona or Weatherona is going to be another new normal like Corona ! China must be punished by the World for both – Corona & Waterona/Weatherona !"

Pakistani Foreign Minister Stands Up For Palestine In American Interview!

Read more about "Pakistani Foreign Minister Stands Up For Palestine In American Interview!"