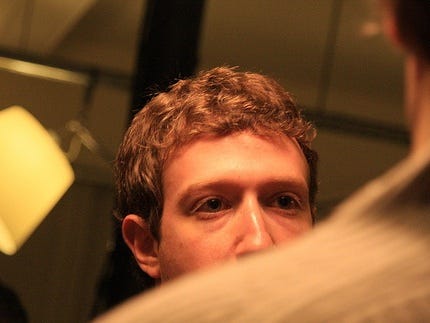 And, don’t miss: 10 Reasons You’ll Never Quit Facebook (Even If You Think You Want To) →

After some reflection, I’ve decided to delete my account on Facebook. I’d like to encourage you to do the same. This is part altruism and part selfish. The altruism part is that I think Facebook, as a company, is unethical. The selfish part is that I’d like my own social network to migrate away from Facebook so that I’m not missing anything. In any event, here’s my “Top Ten” reasons for why you should join me and many others and delete your account.

10. Facebook’s Terms Of Service are completely one-sided. Let’s start with the basics. Facebook’s Terms Of Service state that not only do they own your data (section 2.1), but if you don’t keep it up to date and accurate (section 4.6), they can terminate your account (section 14). You could argue that the terms are just protecting Facebook’s interests, and are not in practice enforced, but in the context of their other activities, this defense is pretty weak. As you’ll see, there’s no reason to give them the benefit of the doubt. Essentially, they see their customers as unpaid employees for crowd-sourcing ad-targeting data.

9. Facebook’s CEO has a documented history of unethical behavior. From the very beginning of Facebook’s existence, there are questions about Zuckerberg’s ethics. According to BusinessInsider.com, he used Facebook user data to guess email passwords and read personal email in order to discredit his rivals. These allegations, albeit unproven and somewhat dated, nonetheless raise troubling questions about the ethics of the CEO of the world’s largest social network. They’re particularly compelling given that Facebook chose to fork over $65M to settle a related lawsuit alleging that Zuckerberg had actually stolen the idea for Facebook.

8. Facebook has flat out declared war on privacy. Founder and CEO of Facebook, in defense of Facebook’s privacy changes last January: “People have really gotten comfortable not only sharing more information and different kinds, but more openly and with more people. That social norm is just something that has evolved over time.” More recently, in introducing the Open Graph API: “… the default is now social.” Essentially, this means Facebook not only wants to know everything about you, and own that data, but to make it available to everybody. Which would not, by itself, necessarily be unethical, except that …

7. Facebook is pulling a classic bait-and-switch. At the same time that they’re telling developers how to access your data with new APIs, they are relatively quiet about explaining the implications of that to members. What this amounts to is a bait-and-switch. Facebook gets you to share information that you might not otherwise share, and then they make it publicly available. Since they are in the business of monetizing information about you for advertising purposes, this amounts to tricking their users into giving advertisers information about themselves. This is why Facebook is so much worse than Twitter in this regard: Twitter has made only the simplest (and thus, more credible) privacy claims and their customers know up front that all their tweets are public. It’s also why the FTC is getting involved, and people are suing them (and winning).

6. Facebook is a bully. When Pete Warden demonstrated just how this bait-and-switch works (by crawling all the data that Facebook’s privacy settings changes had inadvertently made public) they sued him. Keep in mind, this happened just before they announced the Open Graph API and stated that the “default is now social.” So why sue an independent software developer and fledgling entrepreneur for making data publicly available when you’re actually already planning to do that yourself? Their real agenda is pretty clear: they don’t want their membership to know how much data is really available. It’s one thing to talk to developers about how great all this sharing is going to be; quite another to actually see what that means in the form of files anyone can download and load into MatLab.

5. Even your private data is shared with applications. At this point, all your data is shared with applications that you install. Which means now you’re not only trusting Facebook, but the application developers, too, many of whom are too small to worry much about keeping your data secure. And some of whom might be even more ethically challenged than Facebook. In practice, what this means is that all your data – all of it – must be effectively considered public, unless you simply never use any Facebook applications at all. Coupled with the OpenGraph API, you are no longer trusting Facebook, but the Facebook ecosystem.

4. Facebook is not technically competent enough to be trusted. Even if we weren’t talking about ethical issues here, I can’t trust Facebook’s technical competence to make sure my data isn’t hijacked. For example, their recent introduction of their “Like” button makes it rather easy for spammers to gain access to my feed and spam my social network. Or how about this gem for harvesting profile data? These are just the latest of a series of Keystone Kops mistakes, such as accidentally making users’ profiles completely public, or the cross-site scripting hole that took them over two weeks to fix. They either don’t care too much about your privacy or don’t really have very good engineers, or perhaps both.

3. Facebook makes it incredibly difficult to truly delete your account. It’s one thing to make data public or even mislead users about doing so; but where I really draw the line is that, once you decide you’ve had enough, it’s pretty tricky to really delete your account. They make no promises about deleting your data and every application you’ve used may keep it as well. On top of that, account deletion is incredibly (and intentionally) confusing. When you go to your account settings, you’re given an option to deactivate your account, which turns out not to be the same thing as deleting it. Deactivating means you can still be tagged in photos and be spammed by Facebook (you actually have to opt out of getting emails as part of the deactivation, an incredibly easy detail to overlook, since you think you’re deleting your account). Finally, the moment you log back in, you’re back like nothing ever happened! In fact, it’s really not much different from not logging in for awhile. To actually delete your account, you have to find a link buried in the on-line help (by “buried” I mean it takes five clicks to get there). Or you can just click here. Basically, Facebook is trying to trick their users into allowing them to keep their data even after they’ve “deleted” their account.

2. Facebook doesn’t (really) support the Open Web. The so-called Open Graph API is named so as to disguise its fundamentally closed nature. It’s bad enough that the idea here is that we all pitch in and make it easier than ever to help Facebook collect more data about you. It’s bad enough that most consumers will have no idea that this data is basically public. It’s bad enough that they claim to own this data and are aiming to be the one source for accessing it. But then they are disingenuous enough to call it “open,” when, in fact, it is completely proprietary to Facebook. You can’t use this feature unless you’re on Facebook. A truly open implementation would work with whichever social network we prefer, and it would look something like OpenLike. Similarly, they implement just enough of OpenID to claim they support it, while aggressively promoting a proprietary alternative, Facebook Connect.

1. The Facebook application itself sucks. Between the farms and the mafia wars and the “top news” (which always guesses wrong – is that configurable somehow?) and the myriad privacy settings and the annoying ads (with all that data about me, the best they can apparently do is promote dating sites, because, uh, I’m single) and the thousands upon thousands of crappy applications, Facebook is almost completely useless to me at this point. Yes, I could probably customize it better, but the navigation is ridiculous, so I don’t bother. (And, yet, somehow, I can’t even change colors or apply themes or do anything to make my page look personalized.) Let’s not even get into how slowly your feed page loads. Basically, at this point, Facebook is more annoying than anything else.

Facebook is clearly determined to add every feature of every competing social network in an attempt to take over the Web (this is a never-ending quest that goes back to AOL and those damn CDs that were practically falling out of the sky). While Twitter isn’t the most usable thing in the world, at least they’ve tried to stay focused and aren’t trying to be everything to everyone.

I often hear people talking about Facebook as though they were some sort of monopoly or public trust. Well, they aren’t. They owe us nothing. They can do whatever they want, within the bounds of the laws. (And keep in mind, even those criteria are pretty murky when it comes to social networking.) But that doesn’t mean we have to actually put up with them. Furthermore, their long-term success is by no means guaranteed – have we all forgotten MySpace? Oh, right, we have. Regardless of the hype, the fact remains that Sergei Brin or Bill Gates or Warren Buffett could personally acquire a majority stake in Facebook without even straining their bank account. And Facebook’s revenue remains more or less a rounding error for more established tech companies.

While social networking is a fun new application category enjoying remarkable growth, Facebook isn’t the only game in town. I don’t like their application nor how they do business and so I’ve made my choice to use other providers. And so can you.

Dan Yoder is VP of Engineering at Border Stylo

This work is licensed under a Creative Commons License. It was originally published on the author’s blog.

Read more about "How to Delete Your Binance Account"

Read more about "How To Delete Your Expedia Account"

8 Wastes of Lean | How to Identify and Eliminate Them

Deleting a pointer in C++

Read more about "Deleting a pointer in C++"