The European Jewish Congress (EJC) has announced the launch of a worldwide, star studded social media campaign against what it calls “antisemitism,” but which is often advocacy for Palestinian human rights and opposition to Israeli apartheid. EJC is the regional affiliate of the World Jewish Congress, one of whose main missions is to advocate for Israel.

The EJC considers anti-Zionism to be a form of anti-Semitism and employs a newly created definition of antisemitism in which certain types of statements about Israel are supposedly “antisemitic.” As a result, EJC’s opposition to “antisemitism” often consists of censoring information that exposes Israeli violations of Palestinian human rights.

Its new campaign, called “Stop This Story,” particularly focuses on Instagram, although it will also use YouTube and other platforms. According to the EJC, the campaign will be the “first global initiative of its kind that will leverage Instagram’s AR (Augmented Reality) effects to drive a global movement.” It claims to have recruited “some of the world’s leading AR effects’ creators.”

The campaign says it has enrolled a number of “international stars” and “international influencers, each of them with millions followers.” Among these are supermodel Bar Refaeli, actress Vanessa Kirby (from ‘The Crown’), former NBA player Omri Casspi, and “many other international figures, actors, entertainers, and sportsmen and women.”

It has produced a highly dramatic, alarmist video to promote the program (see below),

The man behind the campaign

Image on the right: Russian-Israeli oligarch Viatcheslav Moshe Kantor, president of the European Jewish Congress and numerous other entities, is a billionaire accused of “unscrupulous business dealings” whose top priority is strengthening Israel. 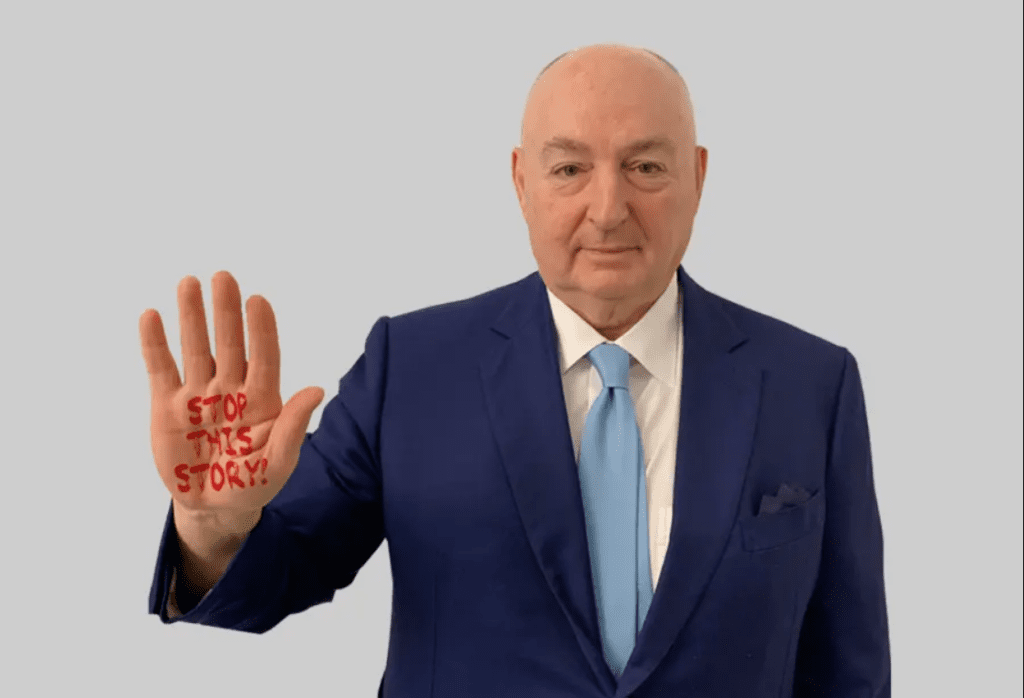 The individual behind the new campaign is EJC President Moshe Kantor, also known as Viatcheslav Kantor, He explains the reasoning underlying the campaign:

“The best way to spread any message today is through social media because social networks and those who use them have the power to make the necessary changes in our societies.”

Kantor is a Russian-Israeli billionaire dedicated to Israel. He has stated that the creation of the State of Israel is the “biggest achievement” of Diaspora Jewry, and believes that all Jews must work to “strengthen our beloved state.”

In 2008 Kantor enunciated his core belief: “The reality of today requires that European Jews care not only about the preservation and security of Israel, but also the way it is treated by the rest of the world. This must be the leading priority of the European Diaspora.”

Kantor heads up and sometimes even originated, a network of pro-Israel international entities.

His ability to accomplish all this stems from his enormous wealth. In addition to being an “international philanthropist,” as he identifies himself, Kantor is an international businessman with $4 billion at his disposal. He has been accused of unscrupulous business dealings and financial fraud.

Like other Russian oligarchs, Kantor made his fortune in the first years of Russia’s “new capitalism”– sometimes called “gangster capitalism” – when, under the guise of “privatization,” Russia’s economy was massively looted, causing ruin to many Russian citizens who saw their life savings vanish, sometimes in a matter of weeks. Kantor’s father, a former Red Army soldier, reportedly served prison time for “speculation and embezzlement of state property in a large scale, taking bribes and forgery.” Kantor was among the many individuals in the Russian Jewish community who flourished; many – perhaps most – of the Russian oligarchs have ties to Israel.

Kantor is known for a variety of international activities. Along with notorious oligarch Boris Berezovsky, Kantor is said to have been a “sponsor of the ‘Orange Revolution’ in Ukraine in 2005, which led to the cancellation of the initial results of the presidential election.” Berezovsky later bragged that he had funded the revolution.  In 2006 Kantor received an award from Ukraine’s new president for “distinguished services” to the country.

Stamping out ‘Antisemitism’ and ‘Intolerance’

Kantor has been involved in a global campaign to embed a new, Israel-centric definition of antisemitism in European governments and institutions. The EJC says that the definition of anti-Semitism must be “clarified” because “the new form of anti-Semitism” supposedly “emanates from pro-Palestinians.” Kantor says that BDS, the international boycott of Israel over its violent human rights abuses, is “antisemitic.” (BDS works to “uphold the simple principle that Palestinians are entitled to the same rights as the rest of humanity.”)

Kantor advocates that governments punish antisemites as harshly as they punish terrorists. He has been working to convince European governments to adopt a bizarre 13-page program of “concrete and enforceable obligations that ensure tolerance and stamp out intolerance.”

The Orwellian program, entitled “National Statute for the Promotion of Tolerance” (revised version here), would restrict freedom of expression, impose re-education programs, enact surveillance structures, and institute criminal penalties for “antisemitism” and other “intolerance.” Expressing views specified as impermissible would be “regarded as criminal offenses punishable as aggravated crimes.”

The document proposes a deeply authoritarian structure controlling multiple aspects of society to coerce “tolerance,” and anyone who doesn’t get with the program would be taken care of, e.g. “Juveniles convicted of committing crimes listed in paragraph (a) will be required to undergo a rehabilitation programme conducive to a culture of tolerance.” Big Brother in the form of a “National Tolerance Monitoring Commission” would ensure that no one says or does anything that the Commission determines is “intolerant.”

The program is being promoted by Kantor’s “European Center for Tolerance and Reconciliation” (ECTR), and may be on the way to becoming a reality. Kantor has secured former UK Prime Minister Tony Blair as the ECTR Chairman and French philosopher Bernard-Henri Lévy as a member.

According to its website ECTR has formed a joint task force with the European Council to work on implementing the program throughout Europe. The European Council, composed of the heads of state or government of the 28 EU member states, defines the EU’s overall political direction and priorities. 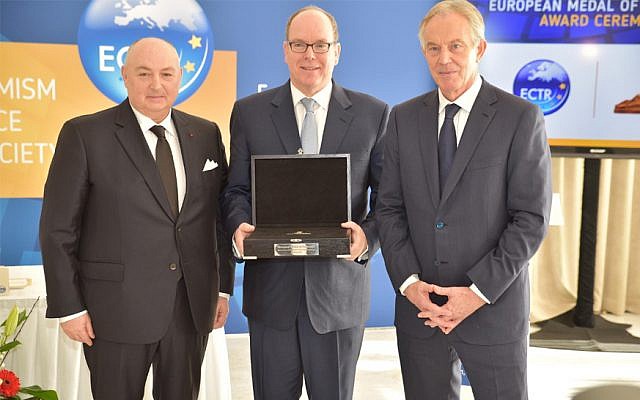 Kantor recently said that antisemitism is now a “global pandemic” and that the “crisis of antisemitism is a slippery slope to global catastrophe.” He warns that Jews could “disappear completely as a people from Europe,” and raises the alarm about what he describes as “mass killing at synagogues.” The “Stop This Story” video

Media reports on the new EJC campaign similarly emphasize recent tragic attacks on Jews, and reference the assaults in the cities of Monsey, Jersey City, Halle, Poway, and Pittsburgh.

These terrifying attacks killed a combined total of 14 Jews.

News reports on the alleged perpetrators of the assaults, who were of diverse races, indicate a variety of motivations. One attacker said he had been inspired by a 2019 assault on two New Zealand mosques that had killed 51 Muslims.

Previous fatal shootings have also occurred at other religious sites. The largest number of fatalities in the US may have been at a Christian church, where 26 worshipers were killed in 2017.

While Kantor and the EJC claim the existence of massive antisemitism, Jewish Americans are reportedly the wealthiest group in the US, and this also appears to be the case for Jews worldwide.

Such disproportion is not new.

Many Jews around the world, including in Israel itself, have long strenuously opposed Israeli violence. According to Kantor and his cohort, these individuals are also “antisemitic.” 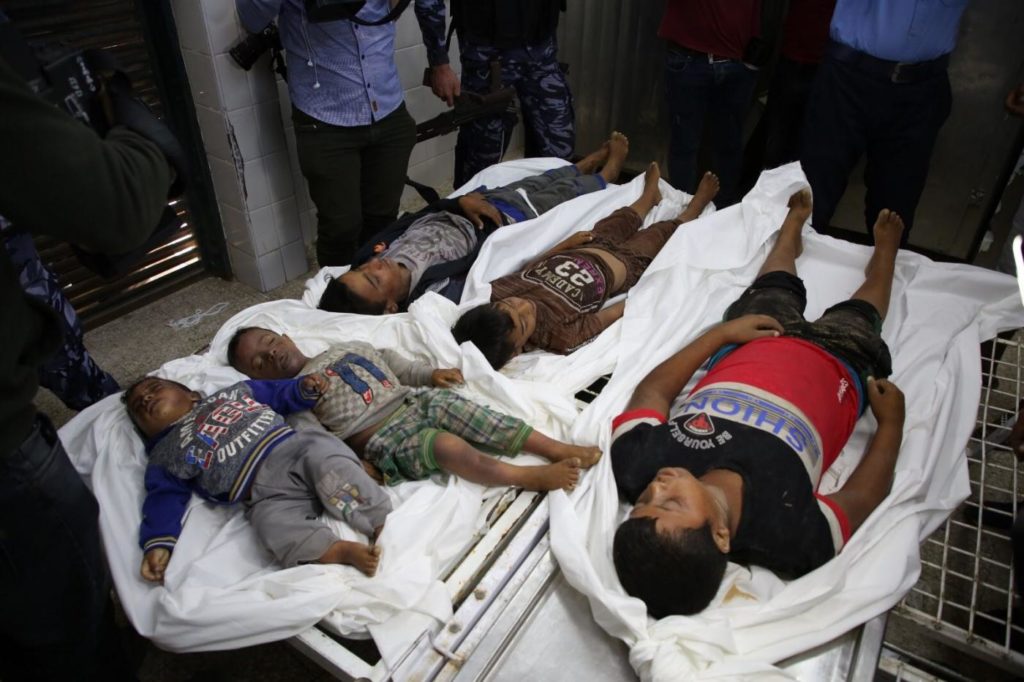 The new campaign comes just before the Fifth World Holocaust Forum to be held in Israel tomorrow,  January 23rd, co-sponsored by the president of Israel. The forums are another one of Kantor’s many projects.

Over 45 heads of state and world leaders have said they plan to attend the event, including the presidents of France, Germany, Italy, Austria, Russia, the kings of Spain and Belgium, and Britain’s Prince Charles. Vice-president Mike Pence and Speaker of the House, Nancy Pelosi, will also attend.

The event is being held at Yad Vashem, Israel’s holocaust complex, a vast, sprawling institution with dozens of Israeli flags and tree-studded walkways leading to exhibits, archives, monuments, sculptures, and memorials.

The event website proclaims that the Holocaust is “the most horrific tragedy in human history” and states that “a new wave of antisemitism unseen since World War II poses an existential threat to European Jewry.”

According to the Jerusalem Post, among the forum’s features will be speeches by select heads of state, a Holocaust survivor, video clips, and “musical interludes performed by an orchestra and an international choir.” The event will be live streamed and conclude with the Israeli national anthem.

Yad Vashem is in Jerusalem where there is evidence all around – for any with eyes to see – of another genocidal program, one that has been going on since the one commemorated by Yad Vashem ended. An historian calls this one the “Palestinian holocaust” and describes it: a land was “occupied, emptied of its people, its physical and cultural landmarks obliterated, its destruction hailed as a miraculous act of God, all done according to a premeditated plan, meticulously executed, internationally supported, and still maintained today…”

Yad Vashem overlooks one of the obliterated landmarks emptied of its people: an almost empty field where the Palestinian village of Deir Yassin once stood.

On April 9, 1948 Zionist forces systematically exterminated 110 men, women, and children as part of a plan to rid Palestine of its Muslim and Christian population in order to make way for the Jewish state. This was one of 16 such Zionist massacres that took place before the official start of Israel’s founding war of ethnic cleansing, and over a month before a single Arab Army joined the conflict. In contrast to Yad Vashem’s monuments and memorials, Deir Yassin has no marker.

More recent evidence of the ongoing oppression can be found in the Issawiya neighborhood of Jerusalem, where heavily armed Israeli police have raided over 500 Palestinian homes and arrested more than 700 residents since May, apprehending children as young as five. Israeli forces shot dead a 21-year-old at close range and have injured over 300 people of all ages. Soldiers beat and humiliate residents at will. One resident says the area “has turned into a ghetto.” (Another such ghetto is Gaza, where Israeli forces yesterday killed three young men who had reportedly temporarily escaped from their prison.)

Not far from Issawiyah is Israel’s mammoth apartheid wall, confiscating additional Palestinian land and helping to imprison over two million people. In 2002 Israeli media reported that Israeli generals were studying how the German army fought in the Warsaw ghetto for use in Israel’s next campaign against Palestinians.

The Holocaust Forum program states that the world leaders “will be invited to lay a wreath at the base of the Warsaw Ghetto Uprising Monument created by world-renowned Jewish sculptor and artist Nathan Rappaport.”

Perhaps some of the world leaders could also visit the unmarked site of Deir Yassin, and lay a wreath on one of its crumbling graves. And then go to Israel’s wall and echo a famous demand from a previous head of state: “Tear down this wall.”

And maybe a future social media campaign could focus on ending all genocides, injustice, and oppression.

Note to readers: please click the share buttons above or below. Forward this article to your email lists. Crosspost on your blog site, internet forums. etc.

All images in this article are from IAKB

The original source of this article is If Americans Knew Blog

Become a Member of Global Research

Is Israel Guilty Of Apartheid Against Palestinians?

Read more about "Is Israel Guilty Of Apartheid Against Palestinians?"